Ripe / Tech that gets you insured in six clicks 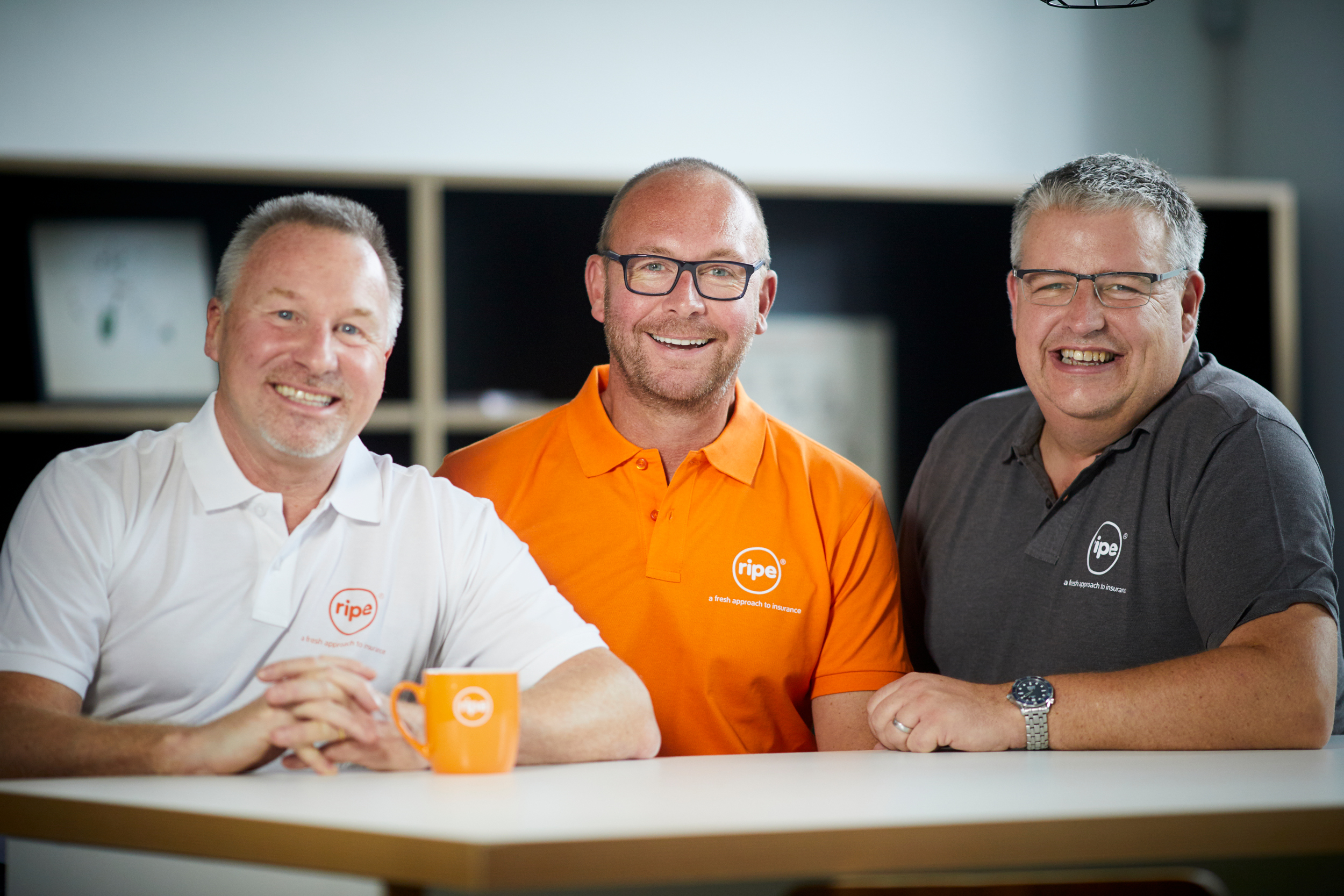 BusinessCloud Feature: Tech that gets you insured in six clicks

Manchester-based Ripe is disrupting the insurance sector with its use of technology and AI, as it gears up to hit the £15m turnover mark this year.

Ripe, which last year rebranded after 20 years as the JRW Group, will also be using data analytics to study behavioural economics and determine what drives customers to buy policies. Ripe was established in 1997 and has been disrupting the traditional insurance model ever since. It uses cutting-edge tech and digital marketing to provide customers with better products, competitive pricing and a slicker online experience. The firm has built its own end-to-end technology platform which it claims allows customers to get a policy in just six clicks. "In some ways, we’re the anti-insurer," says executive chairman Paul Williams, who heads up the business along with chief executive Colin Whitehead and managing director John Woosey.

"We do the opposite of what most insurers do. Most insurers package things up and say: 'Here’s a really nice product Mr Customer, it’ll fulfil everything you want'. In the current world, it just doesn’t make any sense to do that. People want transparency and choice. Is my claim going to be paid quickly? Can I choose the cover I want? Will it be competitively priced? People don’t want to go through a 20-page form they can’t understand. They want to click on a few buttons and get their policy,” continues Williams.

“We see ourselves as a marketing driven tech business that happens to promote insurance products,” says Woosey. “A lot of large insurers don’t understand digital marketing; it’s alien to them.” Woosey says the company's rebrand in September 2017 was long overdue and that it made perfect sense from a marketing point of view. "As more brands came on board, we realised that we were missing a cross-marketing opportunity and we knew that the day would come when we would need an umbrella brand to group everything together," he said. "The feedback we've had from both the insurance and marketing worlds, as well as our customers, has been very encouraging. It also helps speed up the process of launching new products because we don’t have to go through a brand building exercise each time."

Ripe, which employs 55 staff at its trendy offices in Wythenshawe, specialises in niche insurance products, providing cover for golfers, musicians, anglers and even commercial drone pilots. It plans to launch a number of new product lines this year and CEO Colin Whitehead says the company expects to hit the £15m turnover mark in 2018 thanks to its focus on marketing and technology. "It's no accident that our two largest departments are IT and digital marketing," he said.

Armed with a new brand identity and a growing tech team, Ripe will continue investing in the use of advanced pricing algorithms and expand its AI capabilities, including work into behavioural economics to determine what drives customers to buy policies. “What we want to understand is: Why did ‘John’ choose to buy the bike policy whereas ‘Colin’, who has a similar proﬁle, didn’t?” Williams says.

“We’re looking at potentially hooking up with a university to help us with this. We recognise that this is pretty cutting-edge stuﬀ - it’s not being done in the market right now. If you can take this principle and apply it then it has pretty big implications to what we do today.” Williams continued: “We want to get to the point where we can almost price you as an individual, rather than as you being a member of a block of individuals who are aged 30 and are male. We want our pricing model to be driven by data, not anecdote.”

Ripe has been trading for 20 years and has seen its number of policyholders grow to over 180,000. Over the next few years, it plans to achieve between £35m and £50m turnover. So what does the future hold for the insurance sector? “I sat in the boardroom of a big PLC not long ago and the comment from the CEO was ‘I don’t really get this internet thing but I’m going to be retired in three years’ time’,” Williams said. “Not everyone gets it but I think insurers are trying and they are waking up to it, but it can be very hard.

“You can see the new world which doesn’t have any of that, but it’s very hard to get there, because of the costs that you’re carrying - you’ve got them come hell or high water. For companies like ours, we’re able to use data and analytics to price customers eﬀectively where we don’t carry that cost. It’s very hard for them to compete. They are trying; some are doing it better than others. Some are creating the online journeys better than others.

“My prediction is that over the next ﬁve to 10 years some of the big players will struggle on their top line income. Some of the names you know today will be gone in ﬁve years’ time and some names you’ve never even heard of today will become pretty big powerhouses of tomorrow.”

This article is courtesy of BusinessCloud.